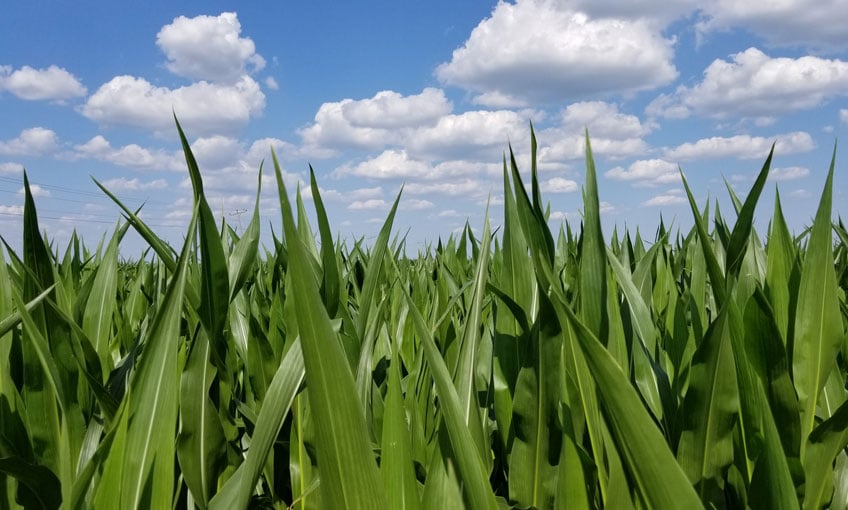 “The corn leaves are rolling,” Trent Brandenburg replied when asked about drought effects on his crops. Despite widespread central Illinois one-inch rains Saturday the 26th and Sunday the 27th, as reported by CoCoRaHS (Community Cooperative Rain, Hail and Snow Network), the current Central Illinois Soil Moisture Map for each calendar day (Champaign) shows today’s moisture (June 28) at the 4-inch depth to be just entering the lowest 20% ever measured; at the 8-inch depth at the record low, and at the 20-inch depth well within the lowest 20%. The Drought Monitor Map doesn’t get updated until Thursdays each week.

Trent noted that the corn plant rolls its leaves “to protect itself” from further moisture loss. “If we get a good rain pretty soon, we’ll be all right,” Trent concluded. Last week’s Drought Monitor Map showed a multi-county area labeled “Moderate Drought” covering most of DeWitt, Piatt, Champaign, Douglas, and Vermilion Counties.

Trent Brandenburg is pleased with the development of his soybean crop this year. Timely rains have kept new pods forming and helped to fill out the early-set ones. Although the northern half of Piatt County, the eastern half of DeWitt [...]