Crops Look Good Overall, But Not As Good As Last Year 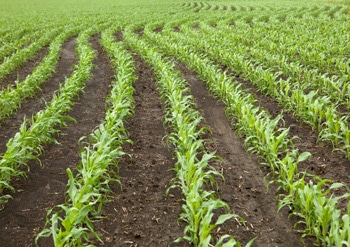 Trent Brandenburg has his corn and soybean planting done, side dressing done, corn sprayed and beans yet to spray. Corn is “not so good on some soils,” Trent said, noting that poor germination in cold, wet soils, took a toll. “It’s not the best, but uneconomic to replant, so we’ll leave it,” he concluded. Trent thinks we need a rain, a half-inch to an inch, “but not all at once,” as he has seen corn leaves rolling to conserve the plant’s moisture.

Trent rates corn planted between April 15 and 20 as excellent. Some corn was drowned out and some “is behind where it should be” due to cool weather. The soybean crop cannot be evaluated yet, according to Trent, because the plants are not far enough developed due to the unusual planting delay this year between corn and bean planting. Trent noted that August rains will have the most effect on the bean crop.

Referring again to the current need for rain, Trent was happy that the grass was not growing so fast, thus reducing his mowing chores.