January On The Farm – Moving Grain And Year-End Reports 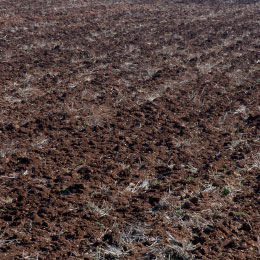 Trent Brandenburg has farm work to do in January. After the Polar Vortex brought near-record below-zero wind chills for a few weeks, the warmer temperatures have made it too muddy on the surface to move the grain-handling equipment he wants to use. Trent does not like warm winter days to follow cold ones, because the grain tends to crust in the bin, making it hard to handle. So Trent would be happy for the ground surface to stay frozen around his bins.

Also this month, Trent is completing his year-end reports to his landowners, whose land he farms, to give them complete information about his stewardship of their farm land during the past crop year. This provides both Trent and the landowner with an updated perspective on the economics of their relationship, as well as providing the basis for strategic decisions affecting more than one crop year, such as possible drainage improvements.

Trent is optimistic about the new crop year. He happily notes that the groundwater supply has “reached a good level,” replenished by the fall and winter rains. With favorable weather during the planting season in April and May, he looks for an early start on a good year.

Trent Brandenburg has been hunting dry fields to plant.  At the end of April 2022,  he has planted about 20% of his corn and 20% of his beans.   Trent doesn’t believe the early planting will make much difference because the [...]

Growers are Ready for Fieldwork – Soil is Not

It's Pretty Spongy Trent Brandenburg wants to begin his spring fieldwork, but reports the soil is "pretty spongy". He is hauling grain and is hampered by the wet soil in getting his trucks into his bins to load. This past [...]