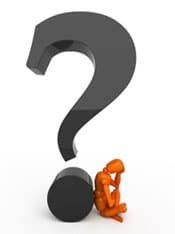 “I Don’t Know What Normal Is Any More”
Trent Brandenburg made this observation while reviewing the strange weather patterns of the last 3 years, including the present unusually warm winter with more rain than snow. Trent believes the top eight inches or so of topsoil are moist and recovered from the drouth of 2012, but the subsoil is still dry. The drain tiles which underlie farmland he has observed, are not “running” very much. Some are trickling and some are not running at all, which means the surface moisture has not reached the subsoil. “Any rain is appreciated,” he continued, “as long as it isn’t in the end of March or early April” when he would like to begin planting.

Trent has his seed orders and crop inputs ready and has not been told of any shortages by his suppliers. He fall-applied his fertilizer after the ground froze, so the implement passes didn’t compact the soil. With uncertainties about farm legislation and crop insurance, Trent is reviewing his available insurance products for the next crop year. He has to weigh the cost of the premiums versus how much risk he is wiling to assume, and then make a value judgement accordingly.