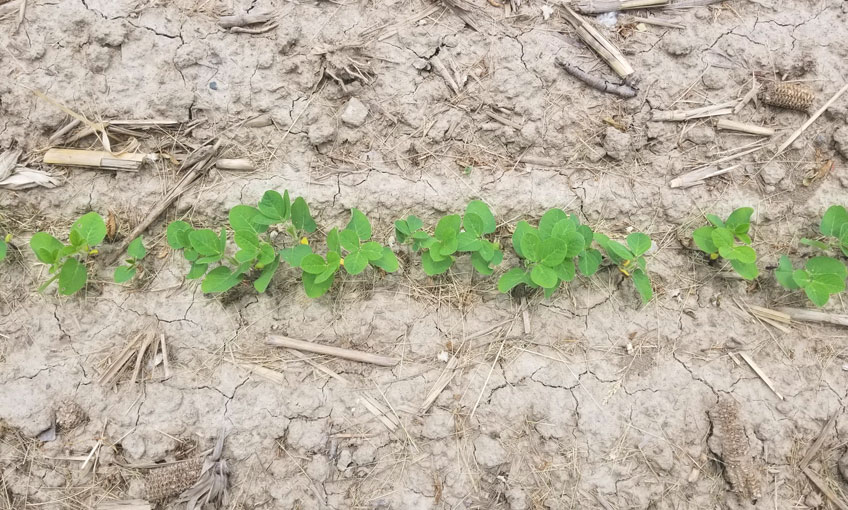 This morning (June 6, 2022) Trent Brandenburg was considering if he should start mowing roadsides.  Watching the cloudy skies, he wondered if he would be caught in the rain.  Trent finished his planting over a week ago.  He has a few spots at the ends of the rows in his soybean fields, where he has to turn around, which have sparse populations, not because of germination, but because of the mechanics of turning the planter at the end of the row.  He doesn’t think the replanting is worth it.  He has enjoyed good germination and early growth of both corn and soybeans.

Trent Brandenburg is pleased with the development of his soybean crop this year. Timely rains have kept new pods forming and helped to fill out the early-set ones. Although the northern half of Piatt County, the eastern half of DeWitt [...]